The Dynamic Role of CFOs and PE in Mergers and Acquisitions: A Q&A with Greg Netland, Part 1 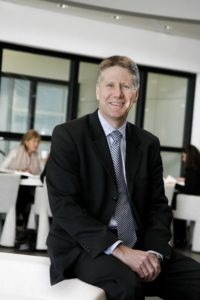 Founder and Principal, The Netland Group

RIX recently sat down with Greg Netland, former CEO of Randstad USA and Vedior NV, and current principal and founder of The Netland Group, to discuss the influx of private equity investment in staffing companies, and what staffing leaders need to keep in mind moving forward – whether they’re buying, selling, or just watching and waiting. Contrary to popular conception, staffing Mergers & Acquisitions is not just a numbers game. As with all aspects of recruiting as an industry, success or failure very much hinges on people: respect for employees, cognizance of the impact of change on human behavior, and long-term talent retention.

Part 1: Why PE Firms Are So In Love with the Staffing Industry

Part 1 of our interview with Greg addresses the evolving role of the Chief Financial Officer from agent of action to agent of strategy; the reasoning behind PE’s love affair with staffing; the growing appeal of contingent labor as a global workforce driver; and the general M&A landscape over the next five years.

RIX: We know that M&A is the ambiguous concern for a lot of companies right now. How does the CFO play into that? What is their current role? What could their future role be?

Greg Netland: Based on my experience, the current role of the CFO, when it comes to M&A, is the person who executes the transaction alongside the investment bankers.  They are essentially running the due diligence process, making sure all the data is provided, and it is what they say it is.  More often than not, the CFO is also the main interface to the lawyers, because you’re tying all the legal documents back to what you’re learning through due diligence. In general, their role is pretty tactical, but that’s changing. More and more you’re seeing some CFOs becoming strategic drivers, meaning that they are also helping companies to assess what targets to go after.

RIX: And how can they evolve that role to increase the amount of influence they have in their organizations?

GN: I think the CFO has unique insight into a lot of different things that the frontline people don’t see, especially in larger deals where there are a lot of opportunities from a synergy standpoint. With that in mind, one way a CFO can up-level their role is to be more involved in identifying areas of opportunity and risk around systems and processes that a CEO or a frontline person can then translate into their strategy when buying a company. Secondly, some CFOs are more market-oriented and more of a team with the CEO, so I think pushing your way in and being part of that strategic discussion around “What should we be buying?”, “What are our targets?”, and helping to drive that process is important. Now you’re at the forefront of not just executing the deal, but being involved in the strategic side of the deal.

RIX: Now that we’re speaking about the strategic side of the deal, let’s take a close look at what that actually means. We know M&A is extremely hot right now. We know that the M&A landscape has changed considerably in the past five years. Let’s take a brief look at who the buyers are. Where is this money coming from?

GN: In the last five years there have been more than 465 deals in the staffing market, which is very robust. I don’t have the exact breakdown, but a huge driver of deal flow has been from private equity. In the last eight to ten years, it’s gone from a very, very small percentage of deals to the majority of deals being driven by PE. And you’re getting deals like Addison Group, who is with their third private equity fund now.  In addition, when a PE firm invests in a company they often want that company to buy other companies and make more deals. Case in point, a company like Vaco has done six or seven strategic acquisitions with their private equity partners. Nonetheless, the strategic buyers are still in play and will continue to be a force in the M&A landscape. Companies like ASGN have made some blockbuster deals, and the larger staffing firms including Adecco, Randstad, Manpower, and Recruit will most certainly remain active as buyers.

RIX:  Why do PE firms like staffing? What’s attractive?

GN: I think in general the main driver is that PE firms like the longer-term growth prospects for the industry.  The market drivers towards the increasing use of flexible labor and workers is a big part of that, and in addition, the demographic trends in the workforce and projected shortages of skilled labor are a factor.  This is especially true in the Healthcare and IT space where 8 out of the top 10 jobs of the future are either HC or IT related.  Another factor is the relative “simplicity” of a staffing business from a financial standpoint. PE firms like the fact that staffing firms have a relatively predictable cash flow, the ability to generate solid profits, and are not an overly capital-intensive business.  Of course, anyone who is in the industry knows it is not simple to run and grow a staffing company, but from a balance sheet perspective, it is relatively straightforward.

RIX: Is there an increasing awareness around the benefits of contingent labor in industries beyond staffing? That’s been the modus operandi of recruitment since the dawn of time, really. It seems that it’s becoming a sexy topic worldwide. Why?

GN: In my view, it’s because people want to work differently now. What was a very visionary view of the future of the workforce five years ago has snuck up on us to become reality. Number one, temp labor has proven itself to be a critical part of the operations of many different industries, for instance, in IT, where the contract labor penetration level is five times the general average. Customers like it. Additionally, I do think you are now seeing more people wanting to have a more flexible work life. They want to be able to do discrete projects at work, they want to work from home (or from a Caribbean island!), and they want to travel and do different things. As a result, you’re seeing a shift in favor of contingent work that will continue to push our industry forward.

Take It from the Top: Episode 14 – Anne Heraty and Leah McKelvey