After obtaining a Master in Economics at the University of Brussels and a MBA at Solvay Business School, Özlem started her professional career with a short stint within the financial department of the Belgian government. After deciding to make a career change and join the recruitment sector, she joined the Robert Walters Group in 2005 as a Senior Consultant and was offered the challenge to launch the Group’s junior professional staffing brand Walters People in Belgium. Following the brand’s extensive growth she was appointed to Director of Walters People Belgium in 2014. In March 2018, she was appointed Managing Director Belgium, leading both Walters People’s interim business and Robert Walters’ permanent and interim management recruitment divisions across Belgium. 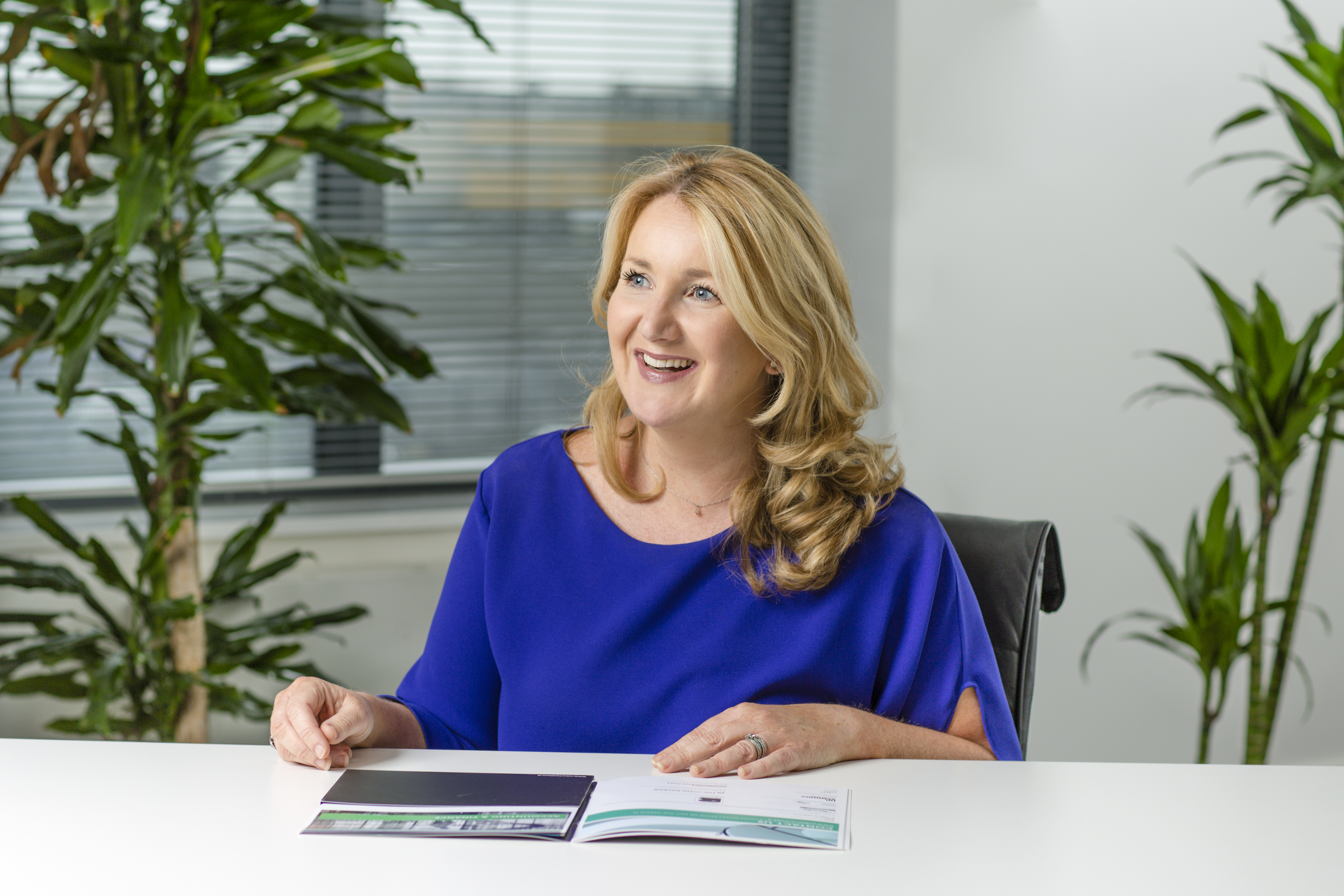 Sinead is the Managing Director for Robert Walters and has been recruiting in the Brisbane market for more than 17 years. Sinead has an enviable network of senior clients in the Queensland market across both the public and private sector and is engaged by clients to provide innovative solutions to resourcing challenges in an ever-changing employment market.  Sinead is also actively involved in the industry as a whole and in 2017, was elected President of the RCSA. Sinead has the experience, energy, passion, and talent to help steer the recruitment industry on a course of continued success, and is committed to developing the next generation of recruitment leaders.

It’s a privilege to interview leaders with diverse backgrounds, perspectives and challenges all working towards a common goal: connecting great talent with great opportunities. Usually, we feature executives across different companies that share the same industry-wide commitment in an effort to highlight insights that will make us all collectively more effective as leaders. However, in this article, Leah McKelvey, VP of Global Enterprise Strategy & Operations at Bullhorn, was thrilled to interview three leading executives from ONE global recruitment consultancy, Robert Walters, who lead three different regions of the world (out of the 28 countries they serve), all working towards the Robert Walters’ mission of: “powering people and organisations to fulfil their unique potential.”

Leah was curious to see if leaders within the same company working towards the same ultimate company mission fit a similar mold. As you can see by their responses in the article below, there are some similarities to how they approach their markets, leadership styles and commitment to building diverse teams. However, there are also differences that highlight a key benefit that is consistently seen when working in the global recruitment industry: at the end of the day, it is all about people. The most successful leaders leverage their own unique skill sets to grow and develop teams in an authentic way that creates connection and unlocks top performance. Hopefully, Louise, Özlem and Sinead’s experiences will spark some ideas on how you can get the most out of your own teams going into 2019 and beyond.

Learn from three incredible directors as Özlem Simsek, @loucampbell74, and @hourigan_sinead of @RobertWaltersPR discuss how they found their calling embracing the world of recruitment. Click To Tweet

FINDING YOUR CALLING: EMBRACING THE WORLD OF RECRUITMENT

RIX: What is your background?

Özlem Simsek: After studying economics, I did an MBA in Brussels. I worked in the financial department in the Belgium government. I was headhunted by an agency that specialises in financial recruitment and was there for two years. After that, I was approached by Robert Walters to launch a division in Belgium with one office and three people. We now have five offices in Belgium, with 80 dedicated and motivated people in this market. As of April 2018, I was asked to take over the Robert Walters Group in Belgium as well. From 2005 to now, I’ve grown up with the company – When I first started we didn’t have any database or candidates. We were specialised and we had to differentiate. The main thing that I think about that drove us then and still leads us now is the idea, “give me a chance, and I will make a difference.” We had so much passion that we worked to deliver successfully, even when asked to fill the hardest jobs, I never gave up. If you don’t like what you are doing and aren’t passionate, it’s hard to go forward.

Louise Campbell: Born and bred in Dublin, I stayed to study business at Trinity College. I had no idea after graduating what I wanted to do, but being typically Irish, I decided to join a lot of my friends and travel the world before we settled down. We decided to go to Sydney, Australia, and within a week of landing, I became aware of recruitment agencies, which at the time were a new concept to me, as they certainly were not prolific in Dublin at the time. After interviewing at an agency they asked me to join and after three months they said they would sponsor me. I started my recruitment career at age 23 knowing nothing about the industry, but received some fantastic training and grew a very successful desk. After two and a half years, I was getting a bit homesick so I put my hand up to transfer to the London office. In London, I again set up a desk that was recruiting temporary and interim qualified accountants in media, tech and IT. Soon I was managing a variety of successful teams and the London market was exciting, buoyant and offered up many opportunities. Then in 2003, I got a call from the team at Robert Walters asking me to grow their Irish business. There were two people in the business and within two to three years, we grew it to 45. The bubble burst again in 2007, but we were diversified enough to successfully weather the storm and continue to provide value to the market. It’s exciting to continue to serve our clients in diverse areas as the economy continues to evolve here in Ireland.

Sinead Hourigan: In 1999, one of my closest friends and I made a decision to take a year off from our roles with the Irish Government to go and spend a year in Africa working with an NGO offering a range of support services to women in villages throughout Sierra Leone. Unfortunately, due to the turbulent political nature of the country, as it came closer to our travel date, it became apparent that it was unlikely that our visas would be granted and we decided we needed a backup plan!  Australia soon became our alternative and we arrived in Sydney in September 1999. After spending a year in Sydney, my friend returned home (and eventually married my brother!) and I travelled north to Brisbane with my new partner (now husband) and we set up a life for ourselves there. This was where I started my career in recruitment, with a boutique local firm where I learned the ropes from two exceptional women. An opportunity presented itself to join Robert Walters in Brisbane in 2003 and I found my home in recruitment. Fifteen years later and I have watched the global business grow from strength to strength, and we continue to contribute to that growth from our small corner of Australia!

RIX: What keeps you excited about the recruitment industry?

Özlem Simsek: Everyday looks very different as it’s so fast-moving. I enjoy the combination between sales and HR, and the necessity to be driven and connected. I’m passionate about this industry as finding a job for somebody provides happiness in someone’s life and also gives me a lot of satisfaction. I’m motivated by this purpose and outcome. 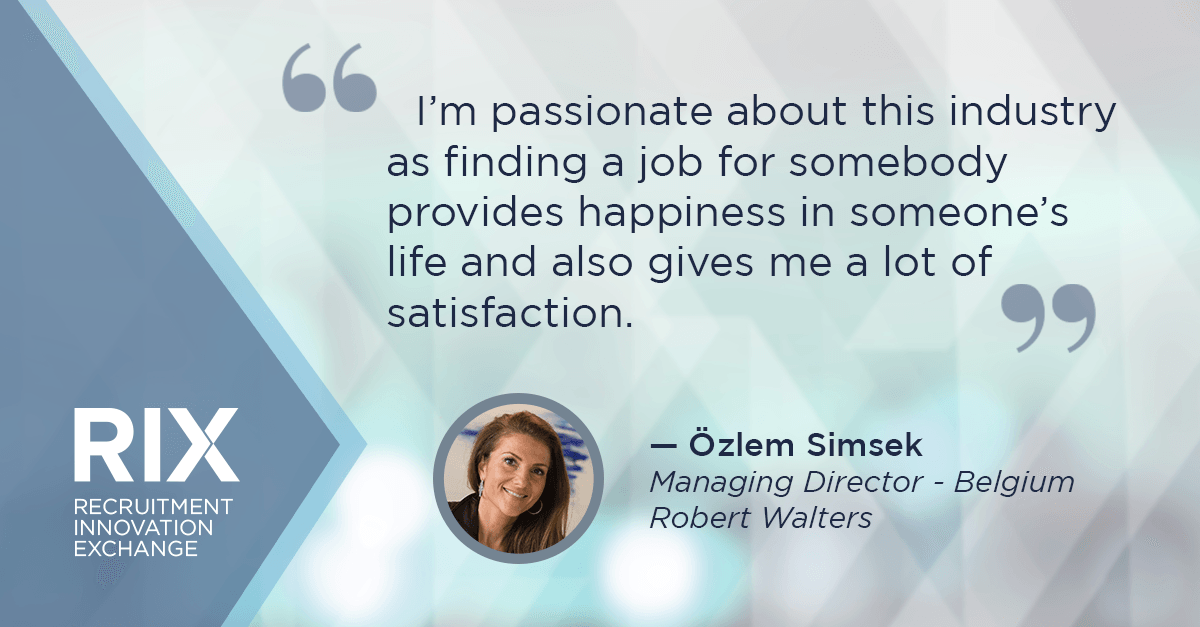 Louise Campbell: I haven’t had the same day twice in 22 years. Whether it be winning business or finding out what people want and how to help them, there is so much about recruitment to love. I am fascinated by the increasing complexity candidate attraction presents. I’m also now in a position to grow other people’s careers. When you start it’s all about you and growing your own career, but now it’s about giving other people opportunities. We’ve had a lot of success with sending people overseas early in our Irish business. Irish people are cultural ninjas and they can fit into many environments, which is exciting to see as our team increases their skill sets in a global environment. It’s fun to look around the office and see people I hired as graduates that are now in senior-level roles. You’re never going to know it all in this industry as you’re dealing with people. But you have to learn every day and it never gets boring.

Sinead Hourigan: I joined the recruitment industry in 2001 and I quickly learned a few really important lessons that have stayed with me throughout my career.

So much has changed in the past 17 years since I started my career in recruitment and so much has stayed the same. We have so many more avenues now to connect people with their ultimate purpose, but our role as a trusted advisor has never been more important. What still keeps me excited now? My new consultants’ joy when they make that first placement and that call you get to make to a candidate when you know that the role they are about to be offered will actually change their life!

Take It from the Top: Penny O’Reilly on Women in Leadership [Episode 16]